What my clients say 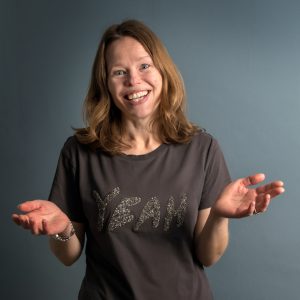 A bit about Toni

Toni Kent is a professional speaker, compere and stand up who has a track record of creating change and challenging misconceptions. If you’d met her as a 16 year-old living in difficult circumstances, you wouldn’t have predicted she’d go on to build a successful career in the tech industry. If you’d met her as a 34 year-old earning six-figures, you wouldn’t have thought she’d leave it all behind to go freelance. And if you’d seen her as a mum-of-two with a burgeoning career as a ghost-writer you may not have expected her to take up stand up. But she’s faced down her fears to do all of these things, much of which she credits to actively seeking out opportunities to learn and grow via working with role models, mentors and coaches.

Below is an extract from a conversation recorded in October 2020.

Can you tell me a little about what was going on for you before we started working together?

I’m a person who is used to seeking external help. I’m really open to talking things through with other people. So, you know, I have had counselling in the past and I’ve had coaching in the past so I’ve never been afraid to talk to people about what’s on my mind.

I felt stuck and I felt there might be something things I’d like to achieve, so I felt like maybe I could do more of the stand-up and the performing and I didn’t know necessarily what the path would be to get from where I was to where I might like to be but I wasn’t coming to you to say “How is it that I turn myself in to this?” I wasn’t asking you to provide the answers but I was asking you to help me go through a thought process of why I was feeling like I was and identifying what I have within myself that could help me make some adjustments or different steps.

What were you looking for from a coach?

A lady I spoke to said “Oh god, you’re such a strong woman!” and lots of people I speak to are like, “You’re really strong, you’re really capable, I don’t know how you do it all, you just get on with it!” Having that conversation with them wouldn’t work.

What worked for you?

I’m thinking about that exercise we did; “What’s the most amazing thing that could happen if you thought really big?”

Also, doing prep work for really significant conversations. We spoke about how would I to go to speak to someone and there were all these questions in my mind. I was asking myself questions about what if she says this, what if she says that – Arrgh! Being able to have that conversation with you, where you say, OK what else might she think? And I’m like “Oh yeah, I hadn’t thought about that because I’d been living in my own head. Having some insights in to how I might be able to adjust my mindset slightly or think a bit more creatively or differently.

And when you said “Ask your husband to tell you what he thinks about your stand up.” And I was like, “Oh my god, I want to be sick!” That was a real challenge and stretching for me in lots of different ways because it was taking me outside what was going on in my own head and giving me stretch that wasn’t about a bigger project or something entirely new. This was about how I feel about myself, how I challenge some of the preconceptions that I have or beliefs I might have about how other people view me, so that was a very powerful thing to do.

How did you decide to invest in coaching?

I know that after every conversation I’m just going to go and get shit done.  I always came away feeling “Yes!” It had almost unblocked something. It’s about what could I do to help me perform at my absolute best? And that’s to get some clarity in your thinking. Why wouldn’t you?

And what have you gained from it?

It’s helping me to create some really strong long term success and I keep building upon that. We want those quick results but really we know that important stuff takes time.

I’ve been doing my writing and that’s been really great and I really own it and I’ve got a great profile and people keep asking for me and now I can say “Actually, this is the thing that I really want to be doing.” and I feel good about that.

How would you describe it to someone who’s never experienced coaching?

It’s not about fixing you. I don’t know if that’s something you’ve said to me before but this is not fixing something that’s wrong with you. It’s about saying “What could be possible?” “How might I approach things differently?”

If you enjoy learning then it should be really enjoyable, some of it’s been uncomfortable [laughs]. You give people the tools and then you say “Here’s your choice.” I think there is fun to be had in playing around with some of that.

And you get the chance to see results as well and that makes you feel good. And you say I did that and it worked or I tried that and I’m proud of myself. We’re very good at diminishing our needs or putting them second so it’s good to put yourself first in a meaningful way.

You know, we all need to think deeply and explore things but the great thing about good coaching is it’s not about beating yourself up (which we can all do perfectly well on our own!) and it’s also not about dishing out platitudes. I find working with you is like that perfect mid-point – it’s somewhere between hitting yourself with birch branches next to an ice cold lake and eating a box of Thornton’s in bed.

Get in touch with Stephanie