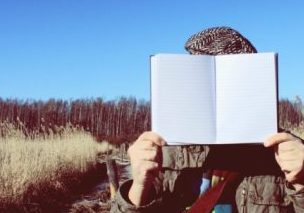 Over two consecutive days, hundreds of individuals stood up and shared their stories.

World Mental Health Day on 10th October 2021, followed by International Day of the Girl on the 11th, invited people to speak up about their experiences in order to encourage others to do the same. And they did; in their thousands.

Men and women from across the world shared intimate, personal tales about navigating their own or others’ mental health or overcoming challenging beginnings to lead fulfilling lives. And they did so with the intention of raising awareness, understanding and compassion as well as to inspire others.

Many of the posts were moving and beautiful in their honesty. And each post had required the author to stop hiding some (or all!) of themselves and to be fully “out there”.

“Out there.” Two words which can make stomachs drop and hearts beat faster.

“Out there” where people can see and hear you. Where you will be judged!

Hiding is a common theme in coaching. People can go for months or years hiding parts of themselves that they think are less worthy or pleasant or attractive than they’d like to be. They worry that if they show these bits, they’ll be seen as less competent or intelligent or that people won’t like or love them any more. So they hide.

Does this sound familiar?

I’ve been there too. It’s not fun.

But then there’s a point where you decide that something needs to change. And a little further down the line, you accept that, to make the change real, you will have to talk about it. To someone else!

What’s going to happen when you tell a friend, a colleague, possibly someone who works for you or who you work for? What will happen when you explain why the change is important to you; when you allow them to see who you really are, not just the curated version you have presented until now? What if they question, judge, disagree, discourage or ridicule you? That would be awful!!!

Perhaps, you think, it’s better to stay hidden and try to accept how things are now rather than put yourself “out there”. But if you’re honest with yourself, that’s where you’ve been for a while now and repeatedly telling yourself it’s “not that bad” is just not cutting it.

But, here’s the thing, when you accept who you really are (all of you, including the bits you don’t like!), when you allow yourself to be seen, people can also celebrate, congratulate, engage, enthuse and cheer for you. And, as demonstrated by the posts and responses on October 10th and 11th, they can present opportunities, connect you, hold you accountable, ask how you’re really doing and offer encouragement or support when things feel hard.

If you stay hidden, you might protect yourself from the scary bits but you definitely won’t get any of the brilliant stuff either. The only way forward is to put yourself “out there”.

As often happens, while I was thinking about hiding and what it takes to allow ourselves to be seen, I started seeing similar messages everywhere. This discussion on the podcast, University, Challenged by Toni Kent is a wonderful example. A management consulting apprentice at KPMG and co-chair of the firm’s UK Social Mobility network, David McIntosh has already achieved an incredible amount at a young age. In the conversation about his career path, he acknowledges that people around him in his youth expected him to “stay quiet” and, essentially, accept his place. But he knew that he could only make a difference if he “made a noise”. He is being (and sounds like has always been) fully himself, in and outside work, and he’s making big things happen.

In my twenties I think I was still figuring out who I really was. Actually, that’s not true. I’m pretty sure I knew who I was but I felt I had to conform/be different to fit in and be successful at work. When I eventually let go of that, everything became so much clearer.

But, in the spirit of ‘walking the talk’, I’ve been asking myself what I am still hiding and what might be possible if I showed up more. And it’s a little scary but also pretty exciting.