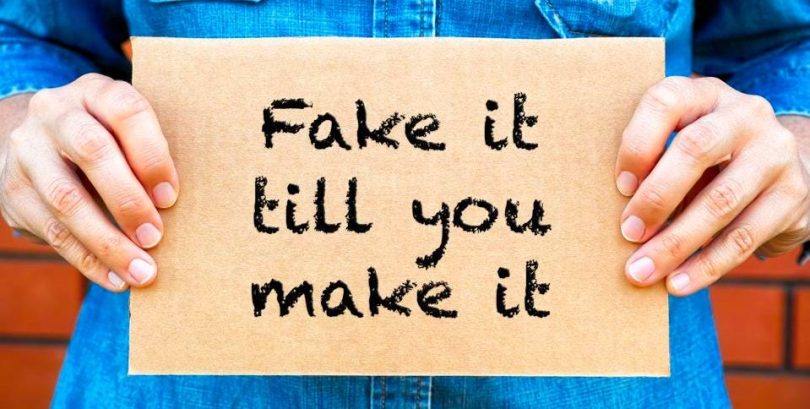 A client recently confided that they didn’t hold with the advice “never apologise; it’s a sign of weakness”. They believed owning, apologising for and learning from mistakes was actually a sign of strength.

I was both glad and appalled.

Glad that they had defined and lived by their own definition of strength and appalled that the association between apologies and weakness was still, apparently, doing the rounds.

Whether “never apologise” had been a conscious lesson delivered by a leader previously in my clients’ career or something that had been casually absorbed via articles or TV didn’t really matter. What mattered was that my client felt apologising did not fit the leadership norm.

I confess, I had a boss a while ago who believed the same thing. In fact, I’d bet he wasn’t the only one around the late 90s/early 2000’s but I had assumed that it was of its time (remember the film Wall Street and Gordon Gekko’s “Lunch is for wimps!” style quotes?) and we had all moved on from then.

I fear I was wrong.

It made me think about other advice, myths and down-right b*llocks that might still being doing the rounds and how unhelpful and undermining they can be. Particularly if you don’t realise you’ve been under their spell…..

The intention of this might be to encourage you to believe in yourself but there’s a draw back. There is a BIG difference between drawing on your inner courage and overstating your competence. The important bit here is to notice feeling like a fake, figure out what’s going on and then work WITH IT, rather than pretend it isn’t there.

I was planning for a couple of important meetings recently and noticed I was feeling out of my depth. If I’d followed this myth, I would have focused on the wrong things – what I wore, using big words, trying to prove my competence. Instead I worked with feeling out of my depth. I thought back to other big meetings I’d had and what had gone well, what I had/hadn’t enjoyed and what I’d learned. I reminded myself that I couldn’t control the judgements they were going to make about me so I should at least show up as ME, rather than trying to be someone I imagine they’d like/respect/want more. I drew on my inner courage to show up and be myself and to trust that this was enough.

When you hear “fake it til you make it”, ask yourself what’s really going on for you. What are you feeling? What are you afraid of? What does your courage look like? What do you need to do to draw on it now?

Yuk! This is nonsense. This morning, Ash Barty, world number 1 tennis player, announced she was retiring from tennis at 25. She is quitting. Does that mean she’s not a winner? She has 3 Grand Slam Singles titles, including Wimbledon so by any metrics she is a winner. And now she has decided she wants to “chase other dreams”.

Susan David on LinkedIn speaks about deciding when to “grit” and when to “quit”. Yes, hard work and determination is often required to get to your goal and quitting every time things get difficult or you have a wobble may mean you miss out. But, what about when the goal you set yourself is no longer serving you?

If you are in a place where you are thinking about quitting, try completing this sentence; “People who quit……..”

This is a good way to acknowledge thoughts, feelings or beliefs about quitting that might be holding you back. Now think about what you’re working towards. Describe your goal/dream/target? What are you creating? What are you enjoying right now? What are you missing out on?  What other options are available?

Myth 3: Treat others how you’d like to be treated

Again, the intention is positive. It encourages you to be conscious of your impact on other people. By thinking about what you like about and expect from other people you are more likely to be polite, respectful, appreciative of others.

BUT, this only gets us part of the way there because we are different.

We like and expect different things. We receive, react and respond differently. We are wonderfully, beautifully, excitingly different.

This means that, if I treat you how I’d like to be treated, there’s a risk I won’t meet your needs or expectations; there is a disconnect between my intent and my impact.

For several years I delivered a programme in the NHS about celebrating difference. I would work with groups to identify their own values (what’s most important to them) and to notice where they are similar to and different from the values of others.

When they discussed how they wanted to be treated (in or outside work), “with respect” was common from almost every group. However, going a bit deeper, some difference appeared:

Most people wanted ALL of these things but what they looked for first was different.

Treating someone how they want to be treated isn’t easy but, when we do, it can be transformative. And the good news is, it doesn’t mean we have to be someone different for each person in our lives!

I’m sure there are more myths out there that need busting. These were the first four that came to mind but I’d love to hear your favourite myths and how you go about busting them.